It’s available now! In my test with Mullvad app, it doesn’t work. Mullvad’s DNS takes precedence. But it works flawless with Wireguard app instead. So, that’s what I am using, with Mullvad-generated config.

You must know that I am eagerly waiting for encrypted DNS on iOS 14. Last night, I came across NextDNS devs’ comment on reddit that their test build is pending Apple’s approval!

With that news, I updated my iPad to iOS 14 public beta 2. This is my first time running a beta build. Going by Twitter, this beta is stable.

I also reached out to NextDNS devs on their Intercom, to know more about this build. They let me know that it’d be announced on their reddit, when Apple approves it. 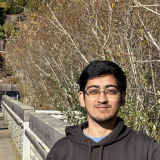 Hi, thanks for your post. I’m was excited about this too. But have yet to get it working on iOS 14.0.x. I was using the 2 VPN’s workaround (VPN configuration and personal VPN) with iOS 13.x. Is this still working with the public releases of iOS 14.0.x and NextDNS 2.0? If so did you set the DNS server in the WireGuard app configuration? 127.0.0.1 as per your NextDNS Mac CLI setup in your “My network setup” post? Or use the default included within the Mullvad-generated config?
Cheers in advance !